Energy Healing for Back Pain in the Month of November

My back pain was so bad the last several weeks I was seriously considering spinal surgery. Synchronicity an email arrived from Rebbie ...Since the 1st session Monday I have been on the ladder cleaning eavestroughs (gutters) and relatively pain free.

Chakrapractic:
Remote Alignment of Your Spine Wave
for Healing

SAVE ME A SPOT 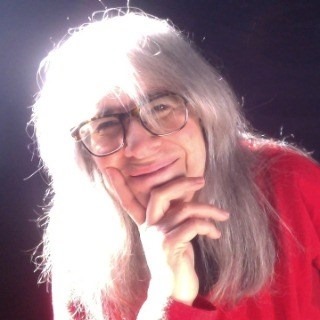 Founder, The Yoga of Alignment (YOFA)

Author, Rooted in the Infinite

I will be offering a month of Back Pain energy healing sessions beginning on 11/1/2021 and I'd love to have you be part of this ground-breaking event. There is nothing else quite like this and it is 100% guaranteed.

There are two ways to join.

Sign up for this event and you will receive 8 remote group healing sessions between November 1 and November 30, 2021.

It is my intention for you to experience relief from your pain as a result of these sessions. Some people will have a diminishment of pain, others will be completely out of pain by the end of the month. Still others might need more sessions before seeing a change.

If you do not experience benefit from these sessions, you can simply ask for a refund within 30 days. Very simple.

Become a Spine Wave Sessions Member and receive these sessions ongoing, every other month:

By selecting this OPTION you get one month FREE every year that you stay a member.

By becoming a Spine Wave member, you are giving your spine ongoing energy support so that even after the pain is gone, you are caring for its state of energy clearing and alignment. Once you are out of pain, your body can use this energy for general well being* and to maintain the strength and balance of the energy field.

Thank you, Rebbie! My knee is almost completely healed. (After 4 sessions) It has been so painful for so long but today the inflammation has gone down and there is almost no pain. I couldn’t be happier!

Remote Energy Adjustments:
The Essence of Chiropractic in a Whole New Form

SAVE ME A SEAT

A Special Note to Chiropractic Patients: This energy work for your spine is intended to enhance your over all well being. It is not a substitute for getting adjusted. Getting adjusted regularly by your chiropractor is a dynamic key to health for the body. And Spine Wave Sessions extend that to the energy aspect of your spine.

Introduction
Back Pain
What is this?
The Body
About...
Guarantee
Spine Wave

A yearly membership may be exactly what you need to take control of your life.

What Others Are Saying About YOFA Remote Energy Work

You really get who I am.

Dear Rebbie, You really get who I am and what I'm going thru! Having your support is very helpful. Thank you :-)

With Love and Light,

My heart cried in complete joy.

Rebbie- My 4-year-old has a severe and rare form of epilepsy (Lennox Gastaut Syndrome) and is on the Spectrum. His seizures have increased in frequency and intensity just in the past two weeks. As a result, he lost the extremely small amount of language he had. Yesterday, as he got off the school bus, he made eye contact with me, looked very excited and said “Hi!” My heart cried in complete joy. We’ve tried just about every healing modality available with really no success. I hope we have found our miracle.

No pain at all.

My pain was in my low back and right hip. It varied from about a 3-8....now I feel great. No pain at all, I don't feel as scattered and I'm working on my bucket list. Thank you Rebbie. You're the best!!!

Thank you so much ... the last session was extraordinary!

You instructed us to lie down for the meditation and I did. I was feeling the same peacefulness and relaxation, but then my body started to vibrate with the energy. Later when I got up I noticed that my neck and shoulders felt so much better! Thanks for that healing gift.

I’ve never had an experience quite like that. I thought about it for a few days, trying to figure out the best way to describe it, and the closest I could come to it was that it was a vibration, most noticeably in my right arm.

Having a healthy skepticism, I asked myself at the time if it was my imagination but I was definitely feeling it. Then when I got up I could move my neck so much more freely and my right knee, which I had apparently twisted at work and which had been causing me a great deal of pain, felt stronger and much less painful. I was overjoyed! My knee had been slowing me down and I thought the pain might be an unavoidable part of growing older. I’m so happy to know that it doesn’t have to be.

Your Future Self Will Thank You!

Isn't it time you took care of your energy body?

Join in the power of the Spine Wave Sessions from the comfort of your own home. And with a 100% Guarantee there is absolutely no risk. All you have to lose is your pain.

For one full month of sessions.

*Disclaimer: This is offered for general
well being and does not diagnose nor treat
medical conditions.

The comments displayed on this page are from real people but may not be typical. Everyone has their own response to energy work.